By Barrak Al-Babtain December 23, 2009 No Comments

Be sure to check out Tom Modeen’s latest post on SAM street at Kuwait School. He talks about how the street has the potential to become a place where you would go to just walk around and explore, having accidental and unexpected discoveries. He has some very interesting diagrams and analysis of the reasons for wanting explore the project.

“Some of the greatest pleasures in visiting a new city is just meandering, walking around almost at random, making decisions on the spot and ‘following ones nose’ according to various interesting features that catch ones fancy – let (the corner of) one’s eyes, ears, nose lead the way… ‘Doing nothing’ is a valid urban activity – chatting with friends, daydreaming, strolling, people watching… Shopping can be ‘a’ reason, but shouldn’t necessarily be ‘the’ reason for visiting a city.”
“The idea is not to change the area, as it’s exactly the inherent qualities of SAM Street which make it so appealing, but to, call it, ‘update’ it, to retain its idiosyncrasies whilst expanding its idiom.”
-Dr. Thomas Modeen

I always thought that the narrower side street on the western end has the greatest potential. The buildings are narrow and you can easily perceive them as being porous and permeable, and you can walk through them into the more intimate garden on the other side. 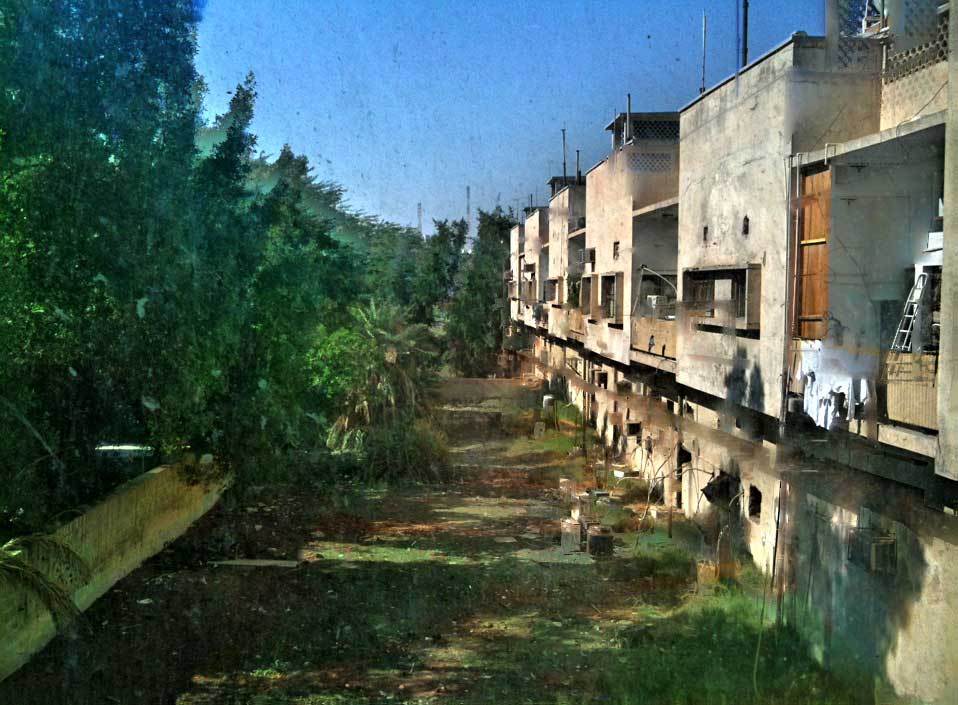 This photo was taken from the second floor of that trapezoidal building on the bottom right of the diagram above. This neglected and abandoned garden can easily be transformed into a lively and public space. This stuff is just right there, behind a wall!